who was at the helm of the country’s police force at the time Kenya experienced the worst violence following the disputed 2007 General Election is wanted for failing to put in place proper security measures at the time, to safeguard the lives of 1,500 people who were killed. 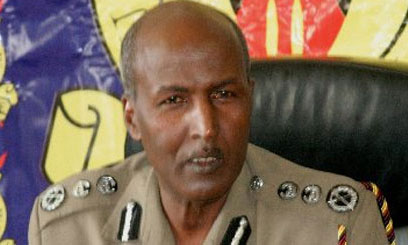 Some of them were shot dead by the police who were dispatched to various parts of the country to suppress the violence that also displaced nearly half a million other people, many of them still living in deplorable lives in camps in Central and Rift Valley Provinces.

Hundreds of women were raped and others sexually abused by police officers and mobs at the time of the violence that lasted nearly one month.

In his submission to the internationally-backed commission that investigated the causes of the post election violence in Kenya, Major General (Rtd) Ali said he was fully satisfied with the security measures he put in place at the time and would employ the same if a similar situation occurred in the country any other time.

The report which the ICC Prosecutor Luis Moreno Ocampo largely relied on in his investigations, blames the police for numerous omissions and commissions.

It particularly blames the former police chief for failing to take into consideration security alerts and warnings sent to them by the National Security Intelligence Service (NSIS) way before the elections were conducted in Kenya.

He was the first Police Commander to come from outside the police ranks and his appointment was significant at the time, since he was chosen to help redeem the image of the force through a structured reform process.

On his appointment, the retired military man disbanded the rogue Police Reserve Unit and launched a major onslaught on the dreaded outlawed Mungiki sect members.

The highest number of suspects running into thousands were killed during Major General (Rtd) Ali’s tenure.

On numerous occasions during his reign at Vigilance House, Major General Ali dismissed several local and international human rights reports including that of the UN Special Rapporteur on Extrajudicial killings Prof Philip Alston which demanded his resignation over the arbitrary killings of the Mungiki and other robbery suspects.

Major General Ali is currently heading the Postal Corporation of Kenya, after being replaced by former General Service Unit boss Mathew Iteere who is the current police chief.

Major General (Rtd) Ali was born in 1956 in Eldoret and schooled at the Uasin Gichu School and later Korana Boys High School in Busier County.

He joined the Kenya Army in 1977 and rose through the ranks to become Brigadier in 2003 and Major General in 2005.

He has previously served as a military attaché in Zimbabwe and Uganda. He also commanded the Western Brigade of the Kenya Army Paratrooper Battalion and the Air Calvary regiment in Embanks.

After Mr Ocampo released the names, Major General (Rtd) Ali said he learnt of his inclusion in the list with surprise.

The retired army man said he was perplexed because before being named, the ICC prosecutor had not asked him to provide any details relating to the case “as one would expect of a professional prosecutor.”

He argued that his role during the post-election violence was a matter of public record and believes he acted professionally diligently and in accordance with the law as did officers under his command in protecting lives and property against those who were bent on destruction.

He said he has no doubts that when facts are presented in court, the allegations will be found to have no basis at all.

‘As a Kenyan who dedicated all his life to the safety and security of Kenyans, I am confident that all these false allegations will be exposed.”
Source Capitalfm.com